Paneer vs Soya Chunks: Which is the Best Source of Vegetarian Protein? Soya (chunks or granules) is a great, vegetarian source of protein. And usually, it is seen as a calorie-light replacement for paneer.

But did you know, 100 gms of Soya has more calories than 100gm Paneer! Whaaaat! How did that happen?

Yes, 100gm of soya chunks have more calories than Paneer. But who is eating 100gm of Soya!

One full Katori of Soya sabzi is barely 15gm of chunks. And that’s ~52calories from soya. That’s all! That’s why soya is light. It fluffs up and fills you up, in much lesser calories.

But wait, that also means that in one serving, there are only ~7gms of protein! That’s far less than Paneer! 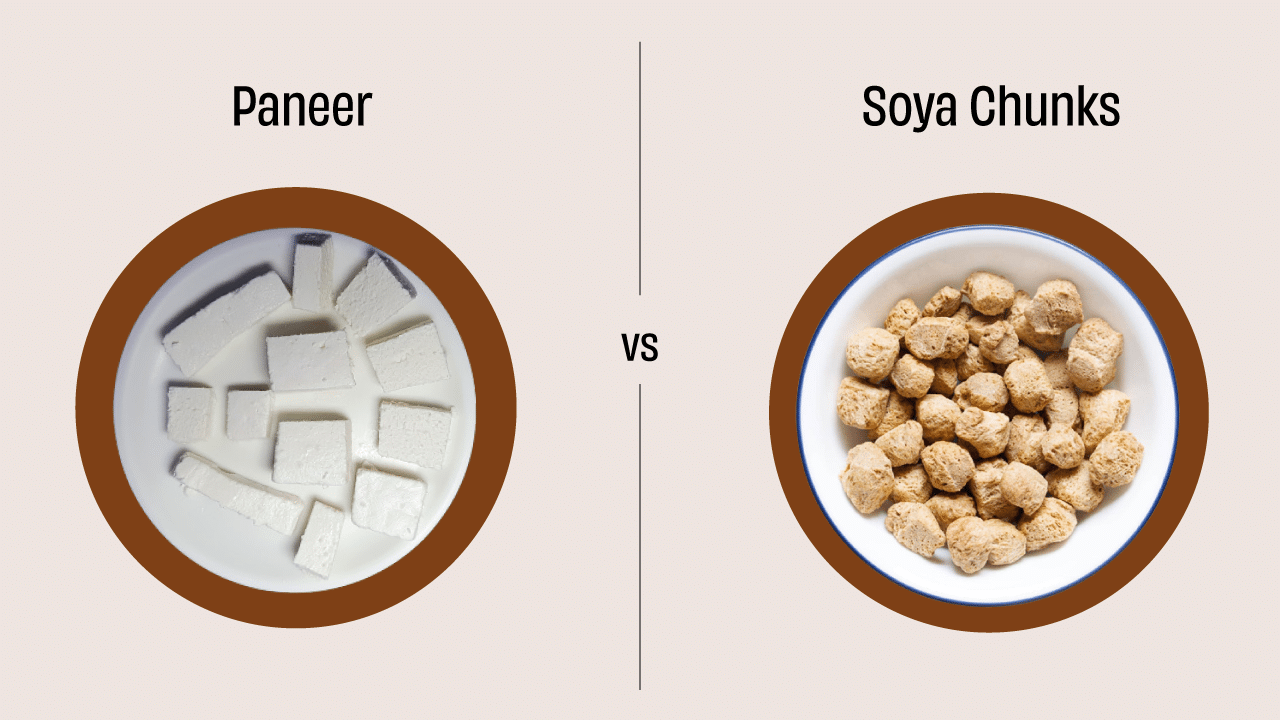 Usually, when you make a sabzi out of Paneer, you eat at least 100gm, if not more. That means 20gm of protein but also 300 calories. The same for Soya chunks is 1/3rd the protein but with 1/6th the calories. So you decide, what are you optimizing for?

How to Choose Between Paneer vs Soya Chunks

If you don’t care much about calories, but you want to build muscle or just hit your protein target, go for paneer.

But if your primary concern is to lose weight, and hence you want to fill up your tummy in the least calories, a soya is a great option that gives you decent protein too!

Of course, soya has many other nutrients too (B Vitamins, fiber, potassium, magnesium…to name a few). And it’s one of the few, high-quality veg protein source (complete amino acid profile – which means it has all 9 essential amino acids).

So if you’re vegan, or lactose intolerant, soya is a great option.

PS: A lot has been said about estrogen in soya. Soy does have a high concentration of isoflavones, a type of plant estrogen (phytoestrogen) that is similar in function to human estrogen but with much weaker effects. So no, it won’t make you more feminine.